← more from
Morphius Records
Get fresh music recommendations delivered to your inbox every Friday. 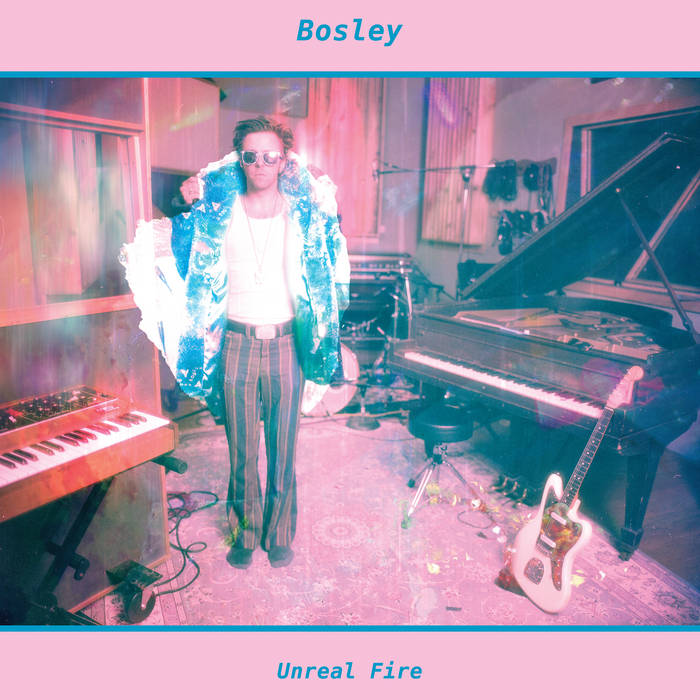 Michael Snow Bosley and the band continue to deliver the goods. Their strongest album yet Favorite track: Diana Ross.

Bosley Brown is the soulful alter-ego of American singer, songwriter and producer Thomas Mayer. Bosley has performed alongside Sharon Jones and the Dapkings, Galactic, Dr. Dog, and many other contemporary rock/soul acts. His music has been featured in series on HBO, Comedy Central and in several feature ﬁlms.

With the release of his debut album Honey Pig in 2011, Bosley was born. Honey Pig showcased a talent for pop songwriting and a stylistic range from early James Brown to Waits-ian jazz ballads, all channeled through Mayer’s dynamic and powerful voice. Adopting a 70’s Soul Review format, Bosley began touring and performing with an immaculately dressed 9-10 piece band complete with a horn section and choreographed back up singers. The music and band were gaining popularity, but as the party raged on, behind the scene things for Mayer were on a personal decline.

In 2012, Thomas came clean about a decade long struggle with Alcohol and drug addiction. After taking time off to seek treatment, he reassembled a new band and began writing and performing again. Seeing a second chance for a life beyond the grip of addiction, Mayer embraced sobriety and dedicated himself back to his music career. The result of these struggles was 2015’s deeply personal and hysterically fun follow up album, The Dirty Dogs Radio Show. TDDRS serves as a personal testament to loving the party and knowing it can’t last.

Bosley’s 3rd album, Unreal Fire dances between the old and the new taking the vintage sounds of Stax and Motown and combining it with contemporary Pop appeal. UF is at once an tribute to the bygone days of analog recording and a retrospection of the music of that era. Recorded meticulously live in analog, Bosley delivers the best synthesis to date of his unique knack for danceable, melodic pop and heartfelt human experience.

Bosley Brown is the soulful alter-ego of American singer/ songwriter Thomas Mayer. Bosley has performed alongside Sharon Jones and the Dapkings, Galactic, Dr. Dog, and many other contemporary rock/soul acts. & his music featured in series on HBO, Comedy Central, & several feature ﬁlms.

With the release of his debut album in 2011, Bosley showcased a talent for pop songwriting & stylistic range. ... more

Bandcamp Daily  your guide to the world of Bandcamp